I have been doing NaNoWriMo for many many years and I LOVE it. In fact, I love it so much that I’ve created a new course all about writing a novel in a month, it’s called

FROM NOTHING TO NOVEL and it’s going to get you from the blank page to a completed novel in just a month—now, you will need to revise said novel–but don’t worry, I’ve got you covered because included in my new course, is a special bonus on revisions. AND, since I run a concierge service for writers, you know I will give you lots of options for courses, workshops, and books on revising that I KNOW you will LOVE. Find out more here https://www.stephaniebourbon.com/from-nothing-to-novel

I’m super excited about this course because after spending the summer with writers and talking to writers of all genres and levels finishing a novel seems to be the thing that they need the most help with and since writing a draft fast is my JAM, I created this course.

I also blog about it on my OTHER BLOG—I know I know, I have more than one blog–I’m a writing slut that way. LOL for lack of a better term.

You can read that blog here https://www.stephaniebourbon.com/blog/how-to-write-a-novel-in-a-month-win-nanowrimo

I give some tips but I will also share them here.

5 Things you can do to get ready are:

READ THE OTHER BLOG HERE for more details https://www.stephaniebourbon.com/blog/how-to-write-a-novel-in-a-month-win-nanowrimo

Thank you for reading and I hope that I will see you in my new course, and in my FACEBOOK page for women writers which you can find here https://www.facebook.com/groups/womenwritersstorytelling

Sorry dudes, I love ya, but this one is just for women writers. We need a save place to support each other and lift each other up in our writing. Thanks for understanding!!

Even for your novel!

and finish that work in progress.

In film and especially television writing the “beat sheet” is something that is needed to show your showrunner or director the beats of the script so they can approve the story before you spend hours and hours writing it.

It helps them “see” it. It also helps you see the big picture.

The beat sheet is an outline of your story in beats. What happens in the story beat by beat.

You open your notebook, notecards, or even Word/Scrivener (I like to use Scrivener for this) and literally write out the beats like this.

Now, you may not know what happens in perfect order–so then just write what you want to happen out. This is why I love using post-its and or notecards and the stickies in Scrivener

If you are doing it this way, leave the scene # out until you figure it out.

Most novels have roughly 66 scenes

When you are writing them out you are making a narrative plan for your story.

Remember that every scene/beat moves the story forward. When you sit down to write your story you should always think of what is happening now and going to happen at the end.

For a screenplay, it’s like a novel–your beats take the characters from A–the beginning to Z-the end.

Example. You are writing a story about a man who wins the lottery but must spend it all in a week without giving it away in order to prove his love to the woman he loves–or something like that-just making this up as I go for this purpose.

Scene-time is running out scene

your character—this is the first beat sheet.

Harry Potter lives under the stairs

(basically book one–this is what happens)

If you want to write a love story, like a rom com it’s the same.

Harry and Sally meet and drive to New York together

Harry and Sally get together

then you go back and fill it all in.

I use the beat sheet method when I know where I’m going-as I generally am not an outliner-but it works and helps keep me on track.

Why and how to put into action for story planning.

WHY–to get organized and see the story and if it is even something that will work.

HOW–that’s up to you. You can use Word/Scrivener/Contour/Save the Cat on a computer

You can use a notebook or notecards, post its.

Just get it done so you have a road map for your story.

Then you can start drafting.

You can either do the beat sheet PRE or POST writing.

You use it PRE/before drafting to avoid things like writing in circles and having the story go no where.

You use it POST/revisions to fix story issues that you may be having.

There is no right or wrong way here.

For me, I like to pants it out for novels or screenplays with just an idea in my head first but always, and I mean ALWAYS, use beat sheets for making sure that it’s all working nicely.

I highly recommend Save the Cat, and Story Fix both will help you with the concept of using beat sheets. Contour software has specific examples of the hero’s journey on films well known and loved so you can see the beats and calls to action for your main character.

I have a new course for novelists called FROM NOTHING TO NOVEL and I’m inviting you to sign up now before Oct 1, 2020 to get a special thank you gift from me.

This has been my philosophy for as long as I can remember.

There is nothing wrong with being great with words or wordsmithing. I admit, it’s not my thing, but if you allow it to get in the way of the story, that is where you will have problems.

The reason is that people come to you for the story not the words.

The words should come LAST.

The sequence of writing a novel should go something like this.

NEW FULL DRAFT– I do this from memory with a blank page.

REVISIONS on story, character, at the chapter level.

Then if you are really sure this is the best version of your story you get to line edit. (usually about the 8th or 9th revision)

Think of it this way, if you were to make a wedding cake, you finish with the tiny details you start with the eggs, flour, sugar, etc.

It’s the same with your story.

Now, for the screen and TV writers out there, this is the same for you.

if you waste your time writing clever dialogue, scenes, and jokes but the story isn’t working, your movie or your episode will most likely suck.

Why? Because story always needs to be first. Great sentences and super clever jokes won’t and can’t carry a story.

I STRONGLY recommend the below two books by Lisa Cron-they are game-changers. 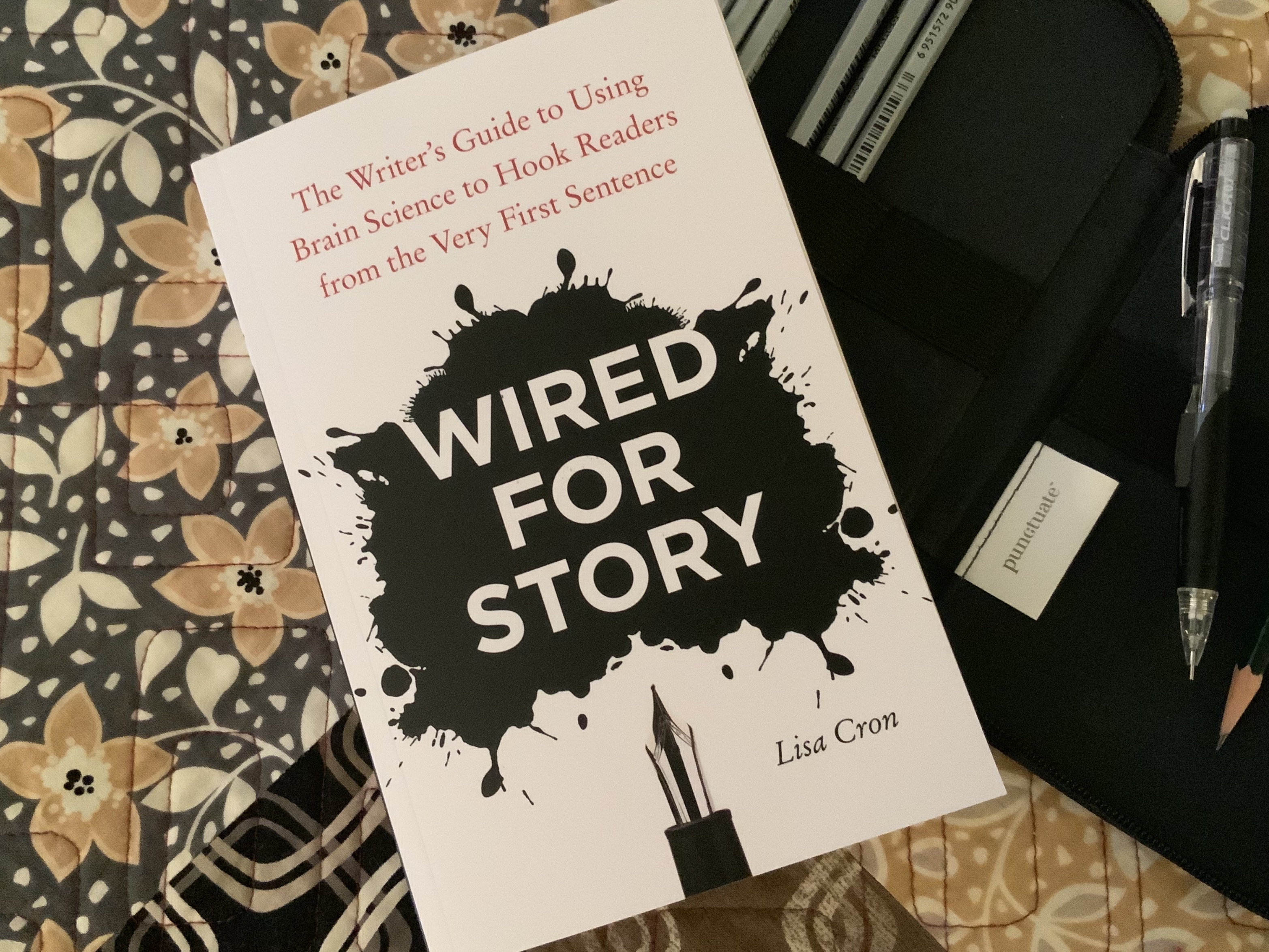 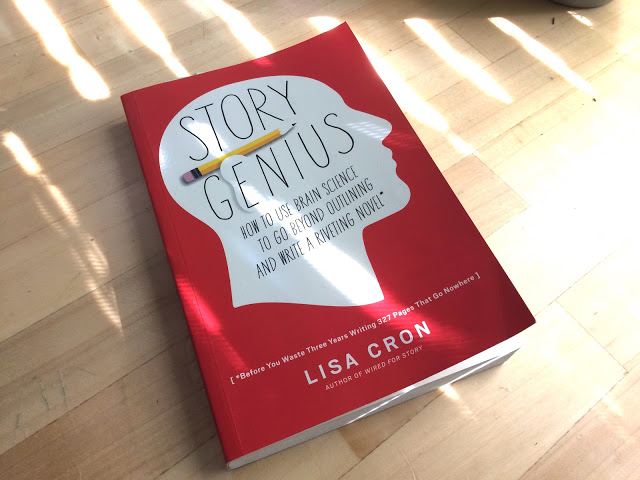 Now, are you ready to make your STORY stand out?

I know that you are. It’s hard because it’s been drilled into our heads that we have to be these perfect writers to be successful but honestly, that’s part of it but more importantly is the STORY.

As well, please get onto my VIP email list so you are first to get weekly writing tips, announcements, and exclusive offers just for you.