These past two years I have been making so many changes and sacrifices to reach my ultimate goal of being published with a big traditional publisher for my YA-and not only that, MORE IMPORTANTLY to TELL A GREAT STORY, one that has meaning. (This is big for me, coming from writing comedy to writing something important-or that I think is important).

I have given up so much, gone more into debt to be able to go to SCBWI conferences, workshops, Highlights, taking classes online and more.

Not to mention the time I am taking to do this right. It’s been INTENSE. But ever since the beginning of 2015 I am seeing my current novel getting better with each class, workshop, retreat etc.

I’m so happy that I have waited to start submitting it, because trust me I wanted to at the beginning of 2015. I learned how to be patient this year.

I am GRATEFUL to all my mentors and teachers and fellow writers who have helped me, guided me, spent time with my characters.

I am grateful for Ben (my bf) because without him there is no possible way I could have gone to so many things this year.

I just had to share this because I know that many of my creative friends go through those ups and downs, usually more downs than ups and sometimes it seems like things will never happen, but they do, it just takes time. Everything is a journey.

Am I scared? All the time.

Am I broke? All the time.

Am I tired? All the time.

There’s still more work for me on this book, and then I get to start the process all over with the next one. It’s really awesome being an author, it’s not a quick and easy job, but it’s amazing when the story starts to click and become the one you had in your head when you first thought of the idea. 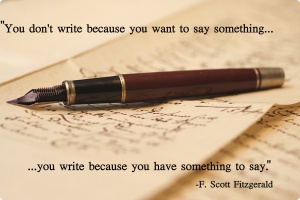 Do you want a GREAT YA novel about a truly sad, messed up kid dealing with overwhelming grief? Read NOT AFTER EVERYTHING by Michelle Levy 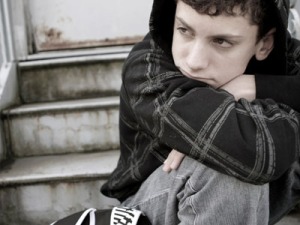 *I chose the above photo because to me, it says everything about the main character in this story. I found it on the internet, but here is the actual cover.

This book is the BEST book with a boy lead that I have read in years. I can say that immediately it reminded me of S.E. Hinton’s THE OUTSIDERS, and J.D. Salinger’s THE CATCHER IN THE RYE. I was obsessed with both of these books as a middle school kid going through more than any kid should-and they are why I became a writer.

When I opened Michelle’s book I couldn’t stop reading it. Although since I was on a plane headed to a workshop for writers, I had to. I picked it back up on the return flight and finished it. The day I finished it, I started again from page one and read it a second time. I rarely reread a book the same day that I finish it, but I wanted to savor every single word because it’s so authentic, gritty, raw and tragic.

To say that I love this book is a gross understatement. I beyond loved it. The reason? TYLER-the main character is so REAL that it’s scary. If I didn’t know Michelle personally I would swear this was written by a man because she nails the voice of a teen boy. I even have read passages from it to my boyfriend who agrees wholeheartedly.

*I also write boy leads from the POV of the boy, so this gives me so much inspiration to know that I can do it. Michelle is my female-writer-boy-POV-guru! 🙂

This book reminds me of Andrew Smith’s work. Andrew is the author of many teen books with male leads such as GRASSHOPPER JUNGLE, 100 SIDEWAYS MILES, STICK, and my favorite WINGER (and now the sequel STAND-OFF). When I first started reading Andrew’s books, I was taken in immediately by the voice. Michelle Levy does the same thing in NOT AFTER EVERYTHING.

I don’t like reviews that give away everything in a story or rewrite a synopsis so I will spare you that. But I will say that this is a tremendous look into grief, heartache, pain, addiction, social bullshit that comes in highschool and financial hardship. TYLER has lost his mother to suicide before we even meet him. His plans for college and his future have been undone by the actions of his mother. He is struggling to find his way back throughout the book. He discovers a lot about himself through his new friendship with Jordyn-a goth girl at school, who he used to be friends with before he became popular and she became weird.

At the beginning of the book, he isn’t playing football anymore, and things with his girlfriend are falling apart. The only time they are together she is using him just to be seen helping the sad, sad, boy. Told in the first person point of view, the reader gets an awesome insight into the mind of this kid going through hell. When they break up, he is even more alone and depressed. Then he reconnects with Jordyn and she is the only one who isn’t pussyfooting around him, feeling sorry for him, or treating him differently. While it takes them a bit to connect when they finally do, it’s amazing.

There is a part in the book where he hooks up with a random girl who he meets at his job. I especially like this passage because the way he feels when she leaves is HONEST. He feels even more alone than he did before she came over, which is very real, even for guys.

Now onto the big issue his mother’s death by taking her own life. Suicide is a particularly hard thing to deal with, especially for a teen. Whenever we lose anyone in life, it’s hard. When the person is a family member, it’s really hard. When the person is a family member, and they kill themselves, it’s devastating. How we react is everything about who we are. How Tyler reacts to his mother’s death is tragic, hard to watch and yet beautifully sad at the same time.

This book was compared with a couple other books that I just don’t understand. If I were to say anything about where this belongs on the shelves, besides the TEEN BEST SELLER list, it would be with Jay Asher’s THIRTEEN REASONS WHY and Jennifer Niven’s ALL THE BRIGHT PLACES. Not just because they are books that involve suicide and death because they are books that deal with the way characters handle suicide and death.

Or I would say, and am saying this. If you like Andrew Smith’s WINGER, and you like Jay Asher’s THIRTEEN REASONS WHY, you’ll LOVE Michelle Levy’s new book NOT AFTER EVERYTHING.

If it were a few decades back, I would say the same but replace the above books with S.E. Hinton’s THE OUTSIDES and J.D. Salinger’s THE CATCHER IN THE RYE.

Buy this book, tell your friends about it, because it’s deserving of it, and you will love it. If you really want to get inside the head of someone going through some tough times, read this book.