As many of you know I have been writing for quite some time, and with that I have been repped by a few different agencies, and or agents, so I have some inside knowledge on this. It’s easy to make mistakes when submitting and choosing the right agent.

In the 90s, there was a film out called PHILADELPHIA with Denzel Washington as this top lawyer, he had this really obnoxious way of saying, “tell this to me like I’m a five year old” and you know what? I say that to people all the time, so understand I’m telling this to you like you are a five year old, so it’s clear.

You want the right agent for you.

If you still don’t know what I mean. Okay I’ll break it down.

You want to sign with an agent who LOVES you and your work, who will work with you to move your career and who you like as well. This is a partnership. You don’t want to just be so desperate that you sign with the first person who offers because, trust me, it won’t work.

Some things you can do.

1) Meet agents at writers conferences, workshops and online. Develop a relationship with them-but don’t be a kiss ass or phoney, get to know them.

2) Read their blogs and follow them on social media, so you know who they are-this goes with #1 of getting to know them so you know who you are querying. You need more info than this person is looking for teen books. This is someone you will be working with for a long time.

3) Be selective. Don’t send out 100+ queries. Don’t just go to all the popular sites and or Twitter and send to anyone seeking YA.

4) Go to their agency profile and find out what they are looking for.

5) Be familiar with their catalog of clients. For example, if an agent only reps people who write horror and you write teen romance, most likely, (not all cases, but most likely) they aren’t going to be a good match for you.

There are many great blogs on what to ask when you are offered a contract and what to expect once you sign, so I won’t go into that here. Mostly, I just wanted to help guide new writers to the process because I am seeing all over social media this sending to everyone and their dog not caring at all. Also Twitter-which is amazing-people just send to anyone. For me when I have been requested to send work from someone on social media, I Google them if I don’t know them and find out as much as I can.

Think of finding your agent like finding a boyfriend or girlfriend. It’s important so don’t be needy. Realize that you are just as important to them as they are to you. Realize that it’s a partnership. Realize that they won’t make you rich overnight and you will have to work as well.

I recommend looking for.

1) Genre you work in. Do you write MG, YA, PB, Adult novels, Screenplays, Television? Does the agent rep writers in your genre?

3) Location. Does this matter to you that you can meet in person?

And know that even if you do all this, and sign with your dream agent-it still may not work out, just like relationships sometimes don’t. It’s okay.

I’ll just start with when I was an actress. I was in New York City and there it was common to work with several agencies at once, so I did. When I came back to Los Angeles, I was offered rep with three of the five in New York at their Los Angeles branch-I chose the BIGGEST one, I won’t say who, but this agency was the top agency and I knew with them, I was going to be the next “it”girl. Well the reality was that I was lost there, or I was sent out on calls with Sandra Bullock, Moira Kelly and actresses like that-I had no shot.  I was new and I needed someone willing to work with an unknown, but that didn’t happen. (I’m still friends with that agent though, he was cool, just not right for me)

Then years later I got a new agent for my writing, I was so excited, and yet I made the same fatal mistake. I chose the name of a big Hollywood agency and got lost. (I also still have a good relationship with that agent, but we parted ways when it was clear that it just wasn’t right for either of us)

It wasn’t anyone’s fault, but it happened. I know that it feels good to say “I’m repped by so in so at the best most well know agency in Los Angeles” but if that agency and agent isn’t right for you, it means nothing.

You could also go with someone who is too small or too new and maybe doesn’t make the choices you would have made, or want to make.

So you really need to think about the right agent for you.

Never ever bad mouth an agent to anyone, not in the bathroom at your favorite coffee shop in the middle of nowhere, or on social media, to your mother, or bestie. It’s simple, it didn’t work out, so move on. There are many reasons why things don’t work out.

The last piece of advice I can offer is this, be CONFIDENT in you and your work. Know that you are worth something and if you get rejected-which you will-don’t take it personally. Don’t be desperate-be deliberate and thoughtful with your submissions.

You may find a blog-or 20 blogs that disagree with what I am saying here, but this is my advice. I want all writers and agents to connect, sell tons of books, teleplays, screenplays and make tons of money, be happy and live in perfect harmony so I am just taking some time today to give some free advice.

I will do another one on queries soon. 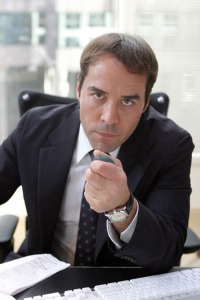 I chose this photo just because the book I am working on now is set in a private school,

well that and a hospital, and the city of Boston. 🙂 I love photos and just like to have them in my posts. 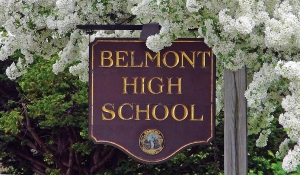 I have never thought about killing off my characters more than, this is what I need to tell this story. It has to happen. I don’t sit down and say, “hrm? How can I make people cry?” Or “I want to write a boo-hoo (as a fellow author friend of mine calls them) book.”

I went to a book signing and talk last night that a friend and fellow author was giving for her book-All The Bright Places- (Jennifer Niven). It was great, and I love supporting my friends, and great books. What was especially cool was sitting in the room with about 100 teenagers. Watching their reactions to the book, and how the book made them feel, that really hit home with me.

Oh. My. God. “They are going to hate me, I kill of characters in every book.”

They didn’t hate Jennifer, but a lot of them were sad, and some destroyed because of something that happens in the book.

It’s funny how we as adults feel like we know and love these characters, but for teens, well, I am learning, there is a whole new level of “REAL” when it comes to our work.

I brought my first 10 pages to a Starbucks a few months ago. I bought all the teens in the room coffee and treats and asked for their opinions on my first chapter. It was amazing, and what was great was that they had totally different reactions than my critique group-who at the time was mostly middle aged and older women-who don’t want to think that their sons would ever do anything wrong. So I had to get teens to weigh in.

When I then told them what happens in the story, in a clumsy not-the-way-I-would-pitch-it way, they had STRONG reactions. One girl actually teared up-WHY???? why does that character have to die-why??? I could see it in her face. Broke my heart a little, and it excited me at the same time.

My goal is not to make teens, or anyone cry, but to tell a powerful story. I am trying, learning, revising, reworking, working on my craft daily so I can achieve this. Last night gave me a whole new perspective on just how personal these stories can be to these kids.

Also helps me be ready to answer these questions when I am up there giving a talk.

When I used to read my chick lit books at signings-I just hoped for some laughs-the books didn’t mean anything, they were just fluff and fun. Now I have shifted into wanting my work to mean something to kids even if that means I may have to pair up with Kleenex and sell tissues with each copy (just kidding of course).

If you haven’t read All The Bright Places, I highly recommend it. It’s powerful, beautiful and just great. Finch and Violet will take you ‘wandering’ into their lives, dreams, hopes, despair and love. 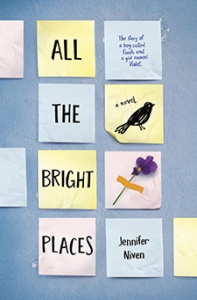